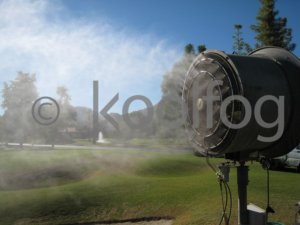 Calls for stricter safety standards for players competing in extreme heat conditions have gotten considerable coverage in recent years. An ongoing heat wave at the Australian Open in January called for officials to halt play until temperatures cooled down substantially after a number of players started feeling the effects of heat exhaustion. While January 16th marked the second day in a row of 40 degrees Celsius (104 degrees Fahrenheit) and above, an official tally shows nine players either retired or forfeited their matches before the Open was closed due to what was finally deemed “extreme heat conditions”. Canadian player Frank Dancevic fainted on Tuesday and China’s Peng Shuai vomited and cramped during her match, indicating the adverse effects of exertion in extreme heat. Although cooling measures, like icing players after their match, were utilized, other resources, such as misting systems, were not widely used. Wayne McKewen, the tournament’s referee, made the statement that since humidity was low, the high temperatures were “not dangerous”. Although tournament officials remained positive, by Thursday the danger was evident.

As many of you know, Koolfog is based out of California’s desert region near Palm Springs. We’re infamous for consistent records of 110+ degrees Fahrenheit during the summer months. We know heat. And in our experience, people who are not acclimated to such intense weather conditions can easily push themselves to the brink of heat stroke. Although lower humidity levels allow for the natural evaporative cooling, what is often forgotten is how humidity helps us to stay aware of our status. Extremely low humidity means the sweat you produce will likely evaporate before you are cognizant of it. When you’re sitting in the stands, watching a tennis match, your susceptibility to danger is a lot lower because the probability of you sweating in excess is not as high as the players you are observing. Players on the ground floor, focusing on their game and swing patterns, can easily go from stable to danger in mere minutes, especially if exertion is extended for hours at a time.

In these climates, high-pressure misting systems are not a luxury, they are a necessity. Outdoor cooling systems are installed in schools for lunch time, recess and practice. Misting fans are strategically placed for any temporary outdoor events that come to our region, like the Coachella Valley Music Festival, that brought approximately 90,000 people in the summer of 2013. Although massive amounts of warnings are distributed all over the Valley every summer, the numbers of people that still end up in the emergency room every summer suffering from severe heat exhaustion are astounding.

As 2013 marked one of the hottest years in Australia’s history, preventative cooling measures could head off many injuries and discomfort experienced by dedicated sports fans and players. High-pressure misting can offer relief to players before symptoms of heat exhaustion, like dizziness and nausea, begin to set in while maintaining a safe environment for the supporters. As thoughtfully designed pumps operate at 1000 p.s.i., water is split into tiny particles by Koolfog’s proprietary misting nozzles. As the mist is released into the extremely high heat, the energy within the air evaporates the water particles and heat is removed. Under low humidity levels, like Australia during the Open, there can be a difference of 30 degrees Fahrenheit. As heat waves continue and prevention is highly valued, utilizing Koolfog’s misting systems could save next year’s Open and a life or two.

Bryan Roe
Founder and President at Koolfog
Bryan has been working on the forefront of technology for his entire professional career. Slightly obsessed with strategy and development, his drive and focus catalyzes the best ideas into reality. With a constant eye on technology development while advancing thoughtful business models that deliver, Bryan offers exceptionally effective and efficient cooling technologies that provide enhanced comfort and enjoyment for people, plants and animals.