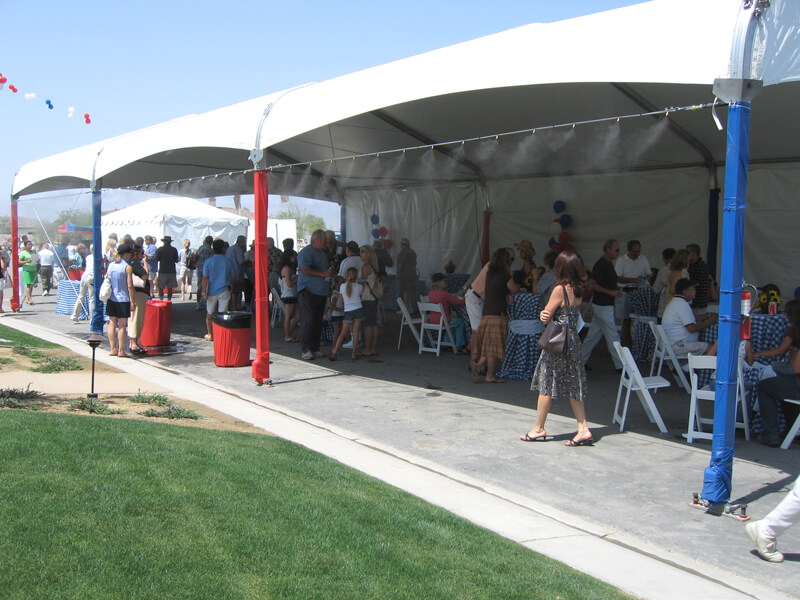 According to Meeting Professionals International (MPI), the events industry contributes $115 billion to the national GDP, $14.8 billion to federal tax revenue and $13.2 billion to state and local tax revenue. Events can be as small as a local fair or as big as the Super Bowl with all sizes contributing to the economic landscape. Attendance at events is at an all-time high, making it increasingly competitive and more important to focus on making venues appealing by considering all aspects of hosting an event, including risk management, client satisfaction and impact.

Don’t Rain on My Parade

If the event is held outdoors, extreme weather is a primary risk factor for organizers, and not always related to the potential for rain and lightning. Prolonged exposure to heat can lead to heat stroke, dehydration, and in extreme cases fatality. Woodstock ’99, which was held at an Air Force base tarmac with large spans of concrete, no trees and oppressive heat, is a perfect example. According to The Baltimore Sun, more than 700 people were treated for heat exhaustion and dehydration by midday the first day.

There is also the risk of damaging one’s reputation if patrons are not handled properly. After neglecting concertgoers’ need for shade and water, the organizers of Woodstock ’99 suffered through bad reviews. They were fortunate that Twitter and Facebook were not in existence or the concert may have been shut down mid-stream by virtue of negative social media posts. Negative social media contributed to the almost immediate demise of 2017’s Fyre Festival after reports of dehydration, sunburn, heat exhaustion, lack of food and other amenities surfaced.

Challenges in the Events Industry Benefits of Misting at Event Venues